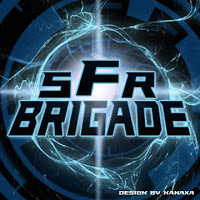 Here’s the first 200 words from Agamemnon Frost and the House of Death. It’s a SF Historical m/m romance, due out from Carina in August 🙂

“Mr. Agamemnon Frost is a trifle…eccentric.”

Mason said nothing. It wasn’t his place to comment on the strangeness of Sir Randolph’s guests. The Cadwallader family had secured his services from the registry that morning, as Mr. Frost had declared himself without a personal servant for the evening dinner party.

Mason was glad of the work. With a glut of former soldiers swelling the books of the servant registry, pickings were thin. The field of battle had changed. Men were no longer needed. Not in the way they once were. Monstrous machines were the foot soldiers of the British Empire now.

The butler, Williams, strode along the lamp-lit passage, setting a quick pace. “You will see to his every need, acting as his valet. You will also attend him at table tonight.”

“I believe Mr. Frost to be a most fastidious gentleman. Very particular in his ways. Perhaps you’ve heard of him? A very fashionable man.”

Mason held back a wince. A dandy. A man no doubt obsessed with the perfect waistcoat and the absolute shine of his shoes. Mason had specified early on at the registry that he was never to be hired out to an over-perfumed fashion plate. Now he didn’t have that luxury.