I seriously love and huggle Kanaxa. Here’s the cover she did for Emergence. It’s out with Samhain 15 June *grin* I also made ‘Red Hot’ status with this novella. Which is worth another quick bounce, lol 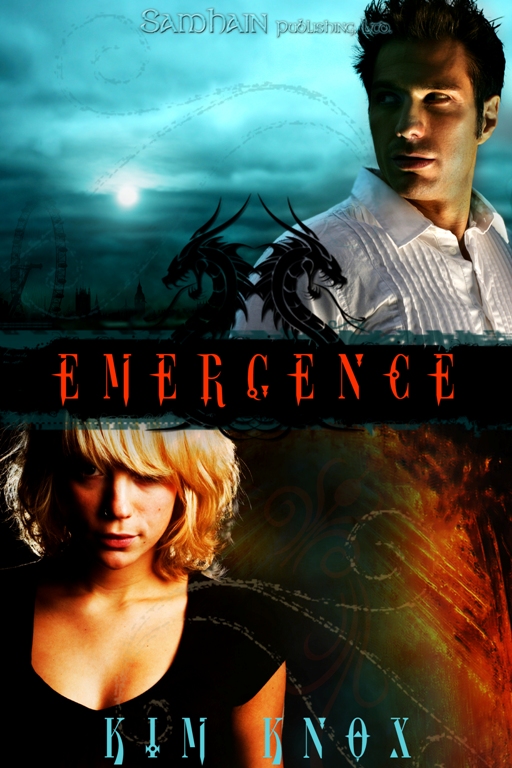 She just wanted to forget. What she gets is her destiny.

Life as Jaime Dalton knows it is almost over. Come morning, she—the forbidden offspring of a human and a gryphon—will be owned body and soul by the First Dragon, ruler of the mythoi. He will control everything. What she wears, what she eats, when she sleeps. And with whom.

Determined to have a final fling, she seeks out the comfort of a stranger’s arms. Except he turns out to be “stranger” than he first appears.

Kaden Rhodes knows what it’s like to be owned. Before he follows his orders to escort Jaime to the same fate, he can’t resist joining her in one last act of defiance. Before the night is over, though, he finds she has inched her way under his skin.

Their connection is hot, fast, completely irresistible…and they’re playing with fire. Discovery will render them useless to the First Dragon. And those marked useless end up dead.

Warning: This title contains wild sex, dark violence and irascible dragons who shift into brooding men. Oh, and the utter perversion of mythology.