I forgot I made this image. Duh!

Edgar Mason is ready to embark upon his new life at Agamemnon Frost’s side. But all is not perfect. Through torture, Pandarus, his Martian overlord, has implanted a dark voice in his mind, a voice that urges betrayal. And though he can keep close to Frost, there’s little room for romance under the watchful gaze of the engineers from Station X.

That changes when Mason and Frost reopen their investigation into their old enemy’s whereabouts. Posing as double agents and investigating cryptic rumors of “hollow ships,” they find him impersonating a London banker and worm their way into his confidence.

But their success brings them trouble in spades. Pandarus takes them into the belly of his ships, where he plans to transfigure them into mindless automata. And with Earth on the brink of invasion, Frost’s old flame Theodora reappearing, and Pandarus’s brainwashing growing more effective, Mason and Frost will find their bond tested as never before. 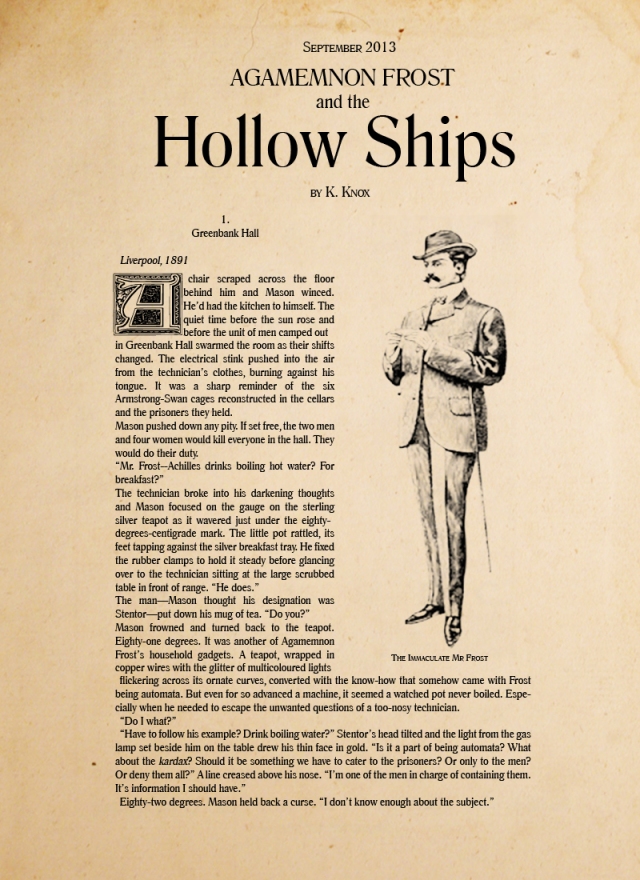 The HOUSE OF DEATH first page is here.

One thought on “Agamemnon Frost and the Hollow Ships”