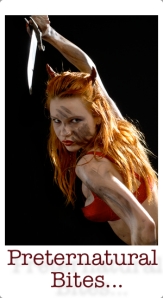 A little bit of a quandary this week had me hunting out methods for female contraception in a pre-industrial society.  Who says writing isn’t fun and interesting!

The oldest known medicial text, the Kahun Papyrus — almost 4000 years old — has the suggestion of plugging the vagina with a paste of honey and sodium carbonate or that of crocodile dung and sour milk.  The first plug could impede sperm.  The second could absorb sperm or act simply as  a plug.  Though possibly the smell would be off putting enough!

Since my heroine doesn’t have access to crocodile or elephant dung–another recommended contraception for its acidic qualities–I’ll have to go with something less exotic and distinctly less smelly.

Making a lint plug with ground acacia leaves–which has an effective spermicide in lactic acid–and honey is another option, though still, fiddly.

I ran across other contraceptives, such as olive oil, cedar resin…and the ancient Greek preference for white lead is a little scary.  I needed something easier, an oral contraception.  Something my heroine  could take in preparation for seducing a man.

The Greek physician, Dioscorides, listed a number of plants to act as an oral contraceptive, such as juniper, pennyroyal and wild carrot.  Proven effective by recent testing, these plants could have dangerous side effects. Which is probably why plugs and pastes were popular.   With the lead…

Jumping across the Atlantic, Cherokee women chewed and swallowed spotted cowbane and  Shosone women a ‘desert tea’ which was an infusion of stoneseed.

With all of this, I can play with plants and rituals to perfect my scene and protect my heroine. Tea, I like.  Holding a cup, the warmth of the ceramic against her skin, breathing in the scent of the steam. And her nerves as she knows what lies ahead…

Can’t wait to write it!